oy is a prominent NZ Country Music Entertainer who has travelled and performed extensively throughout NZ, Australia, USA and Europe.

Having released 19 albums since 1992, music is her full time occupation.

She has won many awards for singing and songwriting.

Her most notable achievements are NZCMA Songwriter of the Year in 1990 and 2008 National Country Music Female Artist of the Year.

Over the years, Joy has been actively involved in fundraising projects for Stroke Foundation Waikato and also the Huntly Rotary Club.

She co-ordinated a number of Concerts at the Founders Theatre in Hamilton for Rotary District 9930 which helped raise approximately $43,000 for the Spinal Cord Cure Appeal.

She was presented with the Paul Harris Award by Rotary of Huntly in 2006.

Joy formed Stagecoach Promotions Ltd in 2004 to bring American Entertainer, Kenny Dale out to NZ and organised a 13 concert tour for him. In 2013, she became involved as a volunteer for the Waikato Branch of the Child Cancer Foundation and helped raise a significant amount of money for them.

She was recently presented with the Savemart Community Service Award for her efforts.

Joy lives in Hamilton and performs on a regular basis throughout the country and further afield. 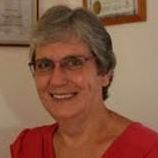 managerial positions in the retail sector before pursuing natural therapies in 1999 where she now inspires, teaches and helps many with her healing abilities with pranic healing application techniques and more.

She has been involved with raising funds for special needs and also for the Special Olympics. Faye has had a lot of pleasure in home hosting students since 2002 from around the world through Wintec, Waikato Institute of Education and the University giving them a loving happy environment to live in while they are away from their own environment and country.

She helps them cope with the English language as well as taking them on trips around NZ. As a radio co-host with a ‘Boost’ programme, inspiration was given freely on air each week.

Dancing is a love of Faye’s life and in her younger days played for dances. She is passionate about what she does and to help others achieve goals, dreams and aspirations finding this very rewarding. 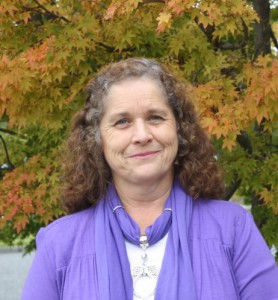 Lynette Porter is a mother of four daughters.   Her youngest daughter Felicia passed away in her early twenties with a  rare genetic condition called  Angelman Syndrome.  She was non verbal and had suffered many seizures in the past.

Lynette is a member of the Angelman Syndrome Foundation of New Zealand and they are continuously fundraising for a cure for their ‘Angels’. Lynette knows from first hand experience how hard it can be on families with special needs children.

Lynette and her family have been involved with St John since her oldest daughter was 8 years old. They have been through the Cadet years, plus and her husband joined as an Ambulance volunteer then went on to become an Ambulance Officer.  He still works for them today. Two daughters are currently involved with St John Youth and one grandson is a Cadet.

She is and active member of the of the Franklin Country Music Club, being past President and Secretary and current 2013 President.

She  recently became the Secretary for the Pied Budgerigar Society of New Zealand Inc.

Lynette is very happy to be involved with StarBuddy Charitable Trust and looks forward to helping many children and their families.

Lynette brings a multitude of practicable special needs experience as a Trustee.

StarBuddy is all about giving back to the community. We have the support of some fabulous entertainers throughout NZ and Australia. Together we have created a couple of wonderful CD's which we sell along with other merchandise to create donations to various charities, groups and organisations working with children dealing with special needs, severe illness and disability. From time to time we create events for our kids.